October weather in Saigon is wet and hot, though it begins to dry up toward the latter part of the month. Tourists with flexible schedules would find more favorable weather in the following month of November, but October’s still drier than the previous month. Since Saigon’s a big city of nearly 9 million, there is plenty to do both inside and out. 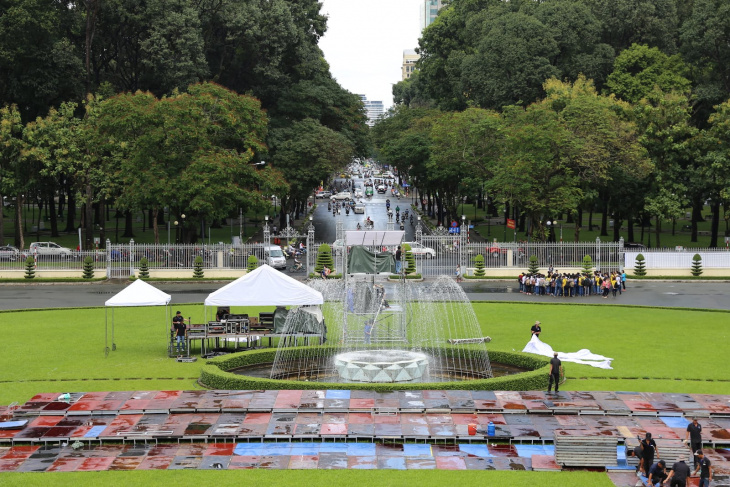 October is the final month of Ho Chi Minh City’s wet season, meaning that you can expect a decline in rainfall, as well as a slight decrease in overall temperature and humidity.

In October, temperatures drop slightly compared to September, with an average low of 76°F (24.4°C) and a high of 87°F (30.6°C). Humidity also falls slightly to 84%. Sunshine hours begin increasing as the rainy season nears its end, with an average of 5.9 hours of direct sunlight projected over the 11.9 hour-long days.

Throughout the month, rainfall continues to decrease leading up to the dry season, averaging around 261.6 mm (10.3 in) over 20.9 rainfall days. Tropical cyclones have been known to hit the city during this time, so keep your eye on the weather.

Things To Do in Ho Chi Minh in October

Many people continue to avoid Ho Chi Minh City in October as the rains and humidity, combined with the overall temperature, can be fairly oppressive. However, Ho Chi Minh City can still be enjoyed during this time of year.

On October 20, the Vietnamese celebrate National Women’s Day, which is an opportunity to show appreciation for women and their contribution to society. This celebration also addresses issues women face in their day-to-day lives, such as sexual harassment, gender inequality and discrimination. Across the city, this holiday is celebrated with organized cultural events and artistic performances about Vietnamese women. Often, many stores and supermarkets will also offer deals and discounts for women.

Although Halloween is not officially recognized as a holiday in Vietnam, it has been introduced to Ho Chi Minh City and transformed into a unique experience of its own, especially among the younger population. On October 31, visit Nguyen Hue Street for a family-friendly Halloween experience, where you can enjoy viewing the festive decorations and spooky lights.

Other festive activities, including trick-or-treating and costume contests, will take place at numerous locations, including Dam Sen Park, Phu My Hung residential areas, and AEON Mall. You can also stop by the local coffee shops or bars to experience a Vietnamese Halloween party.

If you decide to visit Ho Chi Minh City in October, be sure to have a raincoat and umbrella on hand as rainfall remains regular, especially at the beginning of the month.

Temperatures in October continue to be warm enough to wear a t-shirt and shorts. Still, it may be wise to bring along a long-sleeve shirt to protect yourself against the rain and sun and remain comfortable in the high humidity.

Although skies are mostly cloudy throughout October, sunshine can be intense when it shines through the cloud cover, so continue wearing sunscreen to protect your skin against the harmful rays.