Can Tho International Airport (VCA) is one of the lesser-known entry points to Vietnam but offers a unique way to access the Mekong Delta and avoids many of the overcrowding issues found at major Vietnam airports.

Originally built in 1965 by the US forces, the airport served as an air force facility for the 4th Air Division of the Republic of Vietnam Air Force. However, after the war ended in a loss for the south, the airfield fell into disrepair and was not really used apart from the occasional regional flight to Can Tho. 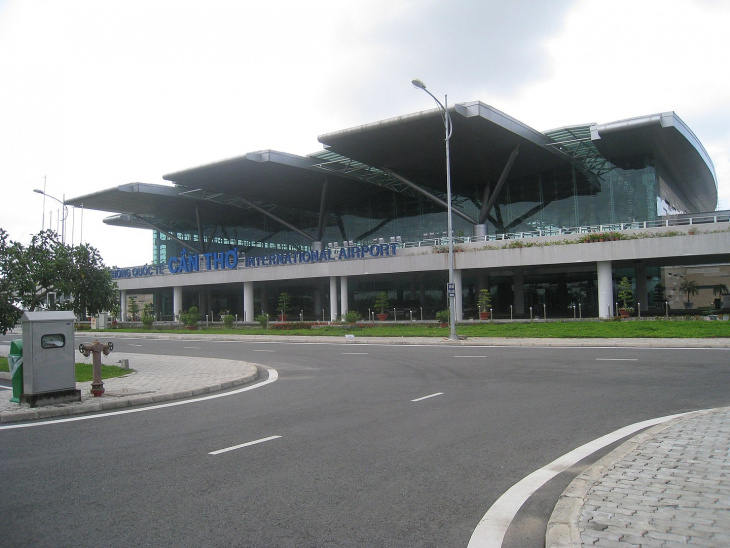 Can Tho International Airport. Photo: Genghiskhan

In 2006 the government made moves to open up the region to foreign travelers and increase development. The airport saw two major waves of investment. The first was a grant of 370 billion Dong ($23 million USD) to increase the runways’ length to 2400 meters for modern jet aircraft like the Airbus A320 and Boeing 737.

A further extension was funded to supported medium-haul aircraft like an Airbus A330 or Boeing 767, completed in 2008. Then the second wave of investment of around 500 billion Dong ($31 million USD) was made available to build a cargo hub, expand marshaling facilities and upgrade the terminal to a capacity of two million passengers a year. The airport was officially opened in 2011.

There is a further $100 million USD earmarked for the airport to serve the great Can Tho region and to increase the capacity of the terminal up to 5 million passengers a year, but these plans have been put on the back burner for now.

These investments have not really paid off just yet and the projected passengers have yet to arrive. In 2018, the airport only served 830,000 passengers, under half of its total capacity and only 20% of its projected capacity. An empty terminal in Can Tho Airport. Photo: Genghiskhan

But that doesn’t mean that you should not consider flying to Can Tho. The airport is the gateway to the famous Mekong Delta city of Can Tho (known for its canals and floating markets) and might offer an easier entry and exit point from the country than the bigger metropolitan airports.

Only seven airlines fly into this international airport.

The airport itself is fairly new, clean, and rather empty. The lack of crowds due to its under capacity means that you will rarely have to line up to pass through immigration or during security (only when several flights arrive/depart at once).

However, the underwhelming demand does mean that there are few services in the terminal (lacking a sim card store, money changes, car rental, etc) and passengers might be frustrated by the few food options.

As the airport is very close to the city center of Can Tho (around 10 km / 6.2 miles as the crow flies), transport is incredibly quick. There are three major options, taxi, airport shuttle bus, and a local grab motorbike.

The last option, a grab motorbike, is bookable via the grab app and will cost around 170,000 Dong (~$7 USD). You will need to leave the airport properly, however, as the drivers are not allowed to pick you up from the departure area.

Keyword: Can Tho International Airport (VCA)

ContentsHistory of VCAAirlines at VCATerminal at VCATransportation at VCADetailsThe cost of “chestnuts”, located near Ho Chi Minh City has many interesting experiences, Tay Ninh is the “honest”…

ContentsHistory of VCAAirlines at VCATerminal at VCATransportation at VCADetailsTaking advantage of discarded coconut leaves, the workers in Hoi An (Quang Nam) have “turned” into paintings to sell…